This comprehensive study of the economic impact of the newly constructed Central Library in Seattle highlights the diverse and substantial economic and other benefits of the new library just a year after it was completed.  As a "central library," it most closely resembles the role that "regional libraries" should play in Fairfax County, including the one to be built in Reston's Town Center North.

Unlike the analyses of the economic impact of public libraries by other cities either hoping to preserve their role in the community or to show the benefits of prospective new libraries, this analysis reports the actual results of one year's operation of a major new public library.  We expect that these impacts have only grown over the last decade.  The following are the "key findings" of the report: 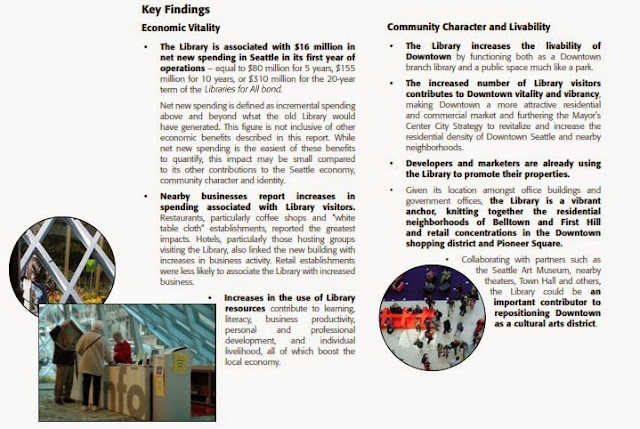 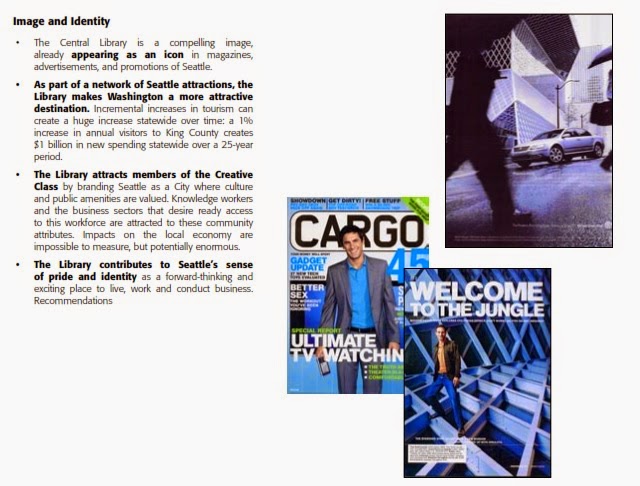 For a county that sees itself to be a center of creativity, high technology, entrepreneurship, and economic growth--all of which Seattle truly represents--there are important lessons in this study for Fairfax County to learn and adapt in its consideration of the construction of the new Reston Regional Library.

The full text of the assessment is provided below.

Email ThisBlogThis!Share to TwitterShare to FacebookShare to Pinterest
Labels: Library Board of Trustees, Public Libraries as Economic Engines, Reston Library