In a civil lawsuit in federal court seeking restitution for damages and other causes, a sex trafficked woman and a former FCPD officer allege the a number of officers of the Fairfax County Police Department, including retired FCPD Chief Edwin Roessler, participated in a sex trafficking ring protecting those leading the ring, engaged in sex with women being trafficked, and obstructed local and federal investigation of the ring. The attorney representing "Jane Doe," the complainant, filed an amended complaint on December 17, 2021, naming many of those alleged to have been engaged in these efforts and some specifics of their activities. The defendants named so far are Michael O. Barbazette, Jason J. Mardocco, James Baumstark, Vincent Scianna, and Edwin C. Roessler. Here is how the complaint begins:

1. Plaintiff Jane Doe brings this action for damages resulting from sex trafficking. Jane Doe was trafficked to the United States and forced to work as a prostitute, mostly in Fairfax County, Virginia. At least some of the defendants, at the time officers within the Fairfax County Police Department (“FCPD”), provided security to the trafficking ring that ensnared Jane Doe, secured sexual services from trafficked women, and may also have extorted money from the ring’s leadership. During and after Jane Doe’s trafficking, high ranking officers within the department conspired to cover up aspects of sex trafficking in Fairfax, and the complicity of county police officers in the work of the trafficking ring, thereby becoming themselves complicit in its work to the point of permitting two knowingly highly compromised officers to retire quietly on pensions. The officers complicit in this coverup included the then chief of police, who was the policy-making individual for Fairfax County with regard to law enforcement, including the county’s approach to sex trafficking occurring within its borders. The result was the creation of a county custom, practice or usage of tolerating sex trafficking and suppressing investigation thereof over a period of time.

The full text of the amended complaint is available here.
Posted by Reston 2020 at 9:44 PM No comments:

Email ThisBlogThis!Share to TwitterShare to FacebookShare to Pinterest
Labels: FCPD

County Assessment of Needed... by TerryMaynard 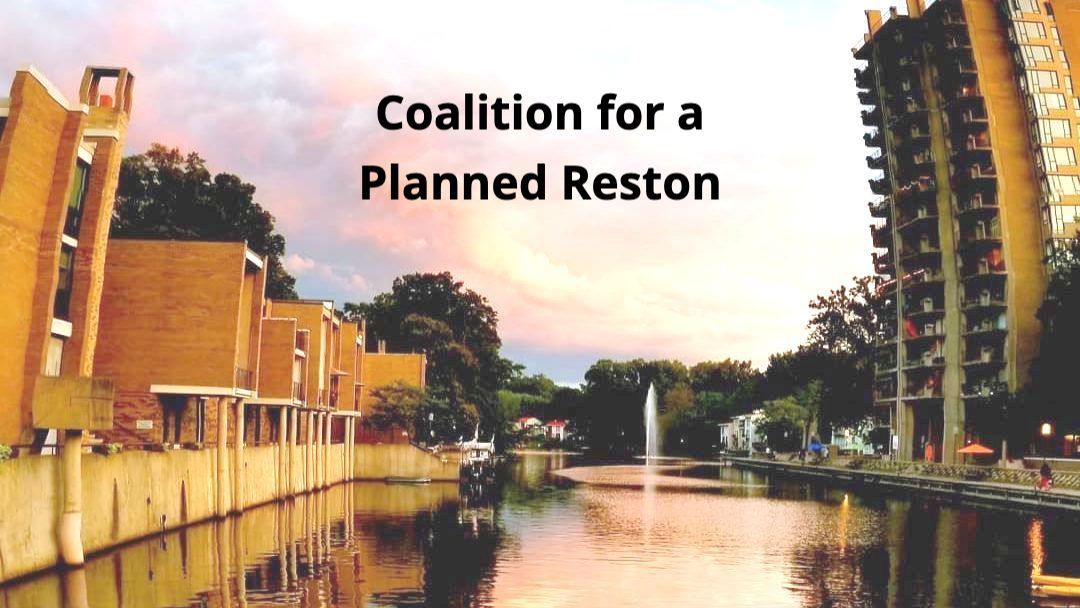 ISSUE: Fairfax County staff is rewriting its zoning laws.  County residents were told that  the modernization would not introduce substantive changes.

GET THE FACTS: The Fairfax County Board of Supervisors has a lot to think about after the community spoke yesterday on why a one-size-fits-all approach to zoning is simply misguided! Reston residents, led by the CPR team, did a great job covering the key problems with zMOD and what it could mean for planned communities like Reston. Tell us what you think.

Right NOW, the Board of Supervisors are deciding if they want to make any changes to the proposal presented by staff.

Please write to our Supervisor Walter Alcorn and the Fairfax County Board of Supervisors to let them know what changes you want to see most before their meeting on March 23, 2021.

695 pages of zoning language can be a daunting task to analyze. For example, the mandated zoning language, Article 9: 9100.2 "Must" and “Shall”  must not be removed from the zoning laws that protects Reston's density (page 627 of zMOD).

Other recurring themes we see include:
Watch a replay of CPR’s zMOD Testimony before the Board of Supervisors’ hearing on March 9, 2021
Posted by Reston 2020 at 12:14 PM No comments:

Email ThisBlogThis!Share to TwitterShare to FacebookShare to Pinterest
Labels: Board of Supervisors, CPR, zMOD