Did RA commit to spending hundreds of thousands of dollars on Tetra without Board authorization?

Below is a spreadsheet provided by Reston Association showing RA costs it has budgeted and incurred ("Actuals" in green) on Tetra as of May 2016.  As we all think we know at this time, the RA Board of Directors authorized $259,000 towards the renovation and re-purposing of the Tetra office building to RA uses in 2016.

What the table appears to show by way of the green cells extended across the calendar year is that RA committed to spending $625K on Tetra before the May 2016 meeting at which the Board added $430K to cover cost overruns above the $259K budget, including $504.5K to the general contractor for interior work.  The single line, covering actual and expected payments to "Construction--General Contractor, Interior" suggests that RA knew by March (when the first payment was made) that it had a contract or other agreement with this contractor to pay nearly double what the RA Board had budgeted for work on Tetra.  Actually, RA had made payments on eight of these contractual arrangements before the May RA Board meeting, all pointing to contracts or agreements reached months in advance of Board approval to commit to this spending.  In fact, the RA staff had to get the RA Board of Directors' approval at the May Board meeting because more than $249K was due in that month--which would have blown up the budget--alone on top of the $139K spent already this year.

If we are reading this spreadsheet correctly, it appears that RA staff committed RA and Restonians to spending some $366K that the Board had not approved and, in fact, may not have even been aware of.  Of course, this all occurred in RA Board election season, so it would have been impolitic for RA or the Board to let the public know of these known large cost overruns on a timely basis.  It could have been very costly to incumbents trying to be re-elected.

If the above is true, shouldn't those RA staff who were not authorized to commit these funds be removed from their positions for this egregious breach of trust?   And if members of the Board of Directors knew about these unauthorized financial commitments before the May Board meeting, shouldn't they be removed from office? 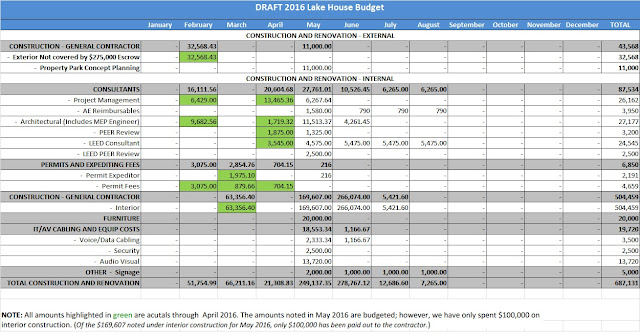